Pakistan needed an enemy from its inception. It used to be India, a numero uno adversary tag which we did not quite relish, even in those days. In the present times, Indians would rather be guzzling gadgets, watching Big Boss (sheesh), and enjoying life...or trying to make a life...than fret about a failed state that is hell bent on bombing our public transport, our bakeries, or our star hotels. Face it fellows, Indians just do not have the time, save a lunatic anti-Paki fringe (Just because our population is so gignormous, our fringe might sound large in absolute numbers).

We’re talking Peshawar. I was following the story with a heartbreak unparalleled in recent past, and this line in a news feed sent a frisson of dark chill up my spine. "In fact, one of the parents of the trapped kids was crying and appealing to the terrorists that the kids they were killing were not American or Indian kids, they were Pakistani kids, and hence they shouldn’t be attacked." Source. WTF? Such mentality in the face of the worst adversity has also possibly fuelled the overdrive of #StopIndianTerrorismInPak on Twitter. Indians can be ostriches, but Pakistanis dug their heads further into the sand that night. And if Hafeez Syeed or that idiot of Agra can repeat similar lines, I believe there will be lakhs if not millions of people across the border pointing their fingers at us, still not willing to reconcile with the fact that the Tehrik-i-Taliban Pakistan Frankenstein was their own creation.

Online, Indian sensibilities were on full display. But, do not mistake our angst for solidarity with Pakistan, the trending #IndiaWithPakistan notwithstanding. It was about humanity. Did we feel nauseated beyond measure? Yes! But, we were also overwhelmed by the cold realization that this could well have been Mumbai, Bangalore, Delhi, Hyderabad or any of India's unprotected townships or cities not yet ready for the barbarism of "jihadi" mercenaries hell bent on shooting little children down. We could sense the helplessness of the parents of the army school in Peshawar.  Which is why we were with you, and will be with you– and which is why we would expect the same from any human being in this planet, should we face such sub-primeval adversity. 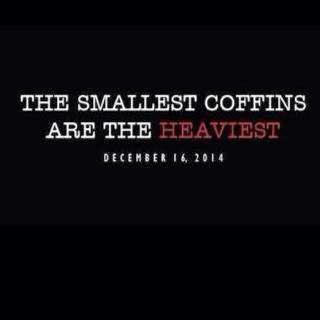 What transpired in Peshawar on December 16th was no jihad, it was not about any religion; it was just mindless hate. There’s a god-shaped hole in each of these scums’ hearts – one that’s filled with venom.  No nation has ever escaped without bruises from the monsters that it helped create, either by action or inaction. India learnt it from the LTTE, the US from the Taliban (among countless others), and now Pakistan. The blood of 130 children is a steep price to pay, one that should have been avoided at all costs. And, now that it has come to pass, I think it’s time to say ENUFF. Pakistan has found its true enemy, one that Indians share - bigots sans balls.

In Hindu mythology, there is an asura called Bhasmasur. One who was given the boon by Lord Shiva to incinerate everyone he looks at. Shiva got screwed in the end as the fellow trained his eyes on His Holiness, who else? Such "unique" predicament! 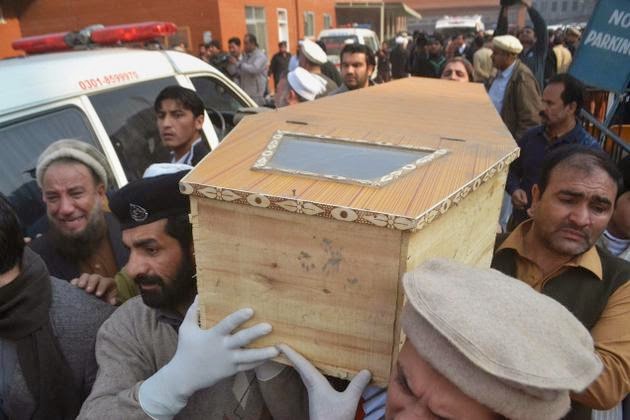 As for all the mindless arseholes who are itching to choose the path of violence for a piece of real estate in heaven - whether you are in Sydney, Sittwe, Abuja, or Karachi; whether you are Moslem, Christian, Hindu, Jew or any of the other “paths” of the God who believe in taking lives that do not fight you – FUCK YOU, from Bangalore. 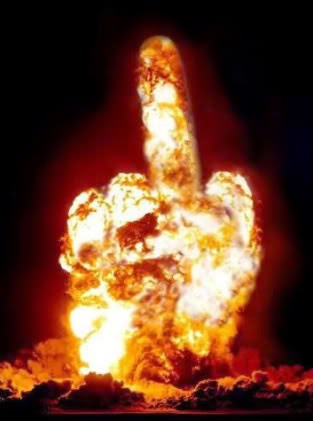 This December will be remembered as much for the butchery as the chain of events it has (and will) set in motion, because push has finally come to lynch. The removal of the ban on death sentence for terrorism or the airstrikes on Taliban strongholds are just a start, hopefully. All that said…mark my words…another military coup is in the offing in Pakistan. How do I know? Shoot me.

Update: 29th December, 2014.
Nothing much to add, except a picture in The Hindu that spoke to me. Take a look. Those are Pakistani "civil society activists" carrying a placard that says what it says. Does it mean that it's ok if the Taliban left Pakistani kids alone and went after the others, like let's theoretically say, Indian kids?

May be the protesters did not mean it that way. But I still wonder. Does it mean that the Taliban can stop targeting kids  and target others, and it will all be fine? Therein lies the problem. Taliban is an establishment that needs to be dismantled and destroyed (high hopes, yes). Our neighbors as well as soft-Taliban sympathizers need to get that right.