Daadi Ma - The Story of a Painting and Much More

It was May 2014. Shyam, Kishan, Lakpath and myself had been roaming the hills for a week or so, documenting the pain and the aftermath of the Kedarnath tragedy of 2013.

"You see, there are multiple classifications of people in a region affected by a calamity - there are those who are affected, there are the unaffected, and then there are those we could refer to as the affected/unaffected."  The gentleman running the NGO for hand loom workers at Lamgaondi Village was trying to explain to us how official disaster relief may not be sufficient because some people would not just show up in the books. The first two categories were self-explanatory - the affected and the unaffected, but the third classification required him to give us some examples (like people who are "technically" unaffected, but are equally battered by the event). He need not have given examples, we were about to meet someone soon enough.

The next day walked up to Deoli-Bramhagram- a village set atop a small hill above Lamgaondi - a fifteen minute hike from the tarred Panchayath road that snakes its way from Guptkashi township in Northern Uttarakhand. Deoli Village was rattled in 2013, despite physically being no way near to the sites of disaster. More than fifty five men from the tiny village and its surroundings who were earning their livelihood in Kedarnath and the areas adjoining it perished in the flash-floods and landslides. Deoli nowadays is ominously referred to as the village of widows, a grim reminder of the casualty in almost every other home that you walk into. 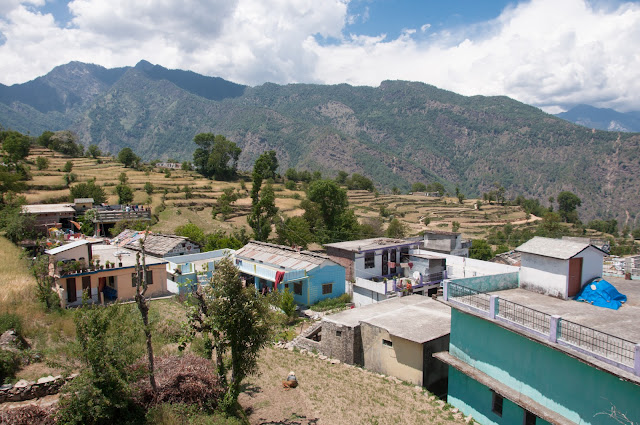 After the short hike to Deoli, we came across a chirpy young guy who took a fancy to us and agreed to take us around the place and introduce us to the people we wanted to talk to. Pravesh, it turns out, was doing his graduation in Dehradun, and was home for the holidays. He pointed out a few houses in the village that were locked..."the remaining family has moved downhill to their relatives after the men passed away", he said. "Hope everyone in your family is safe," I asked him more as a reaffirmation of what I wanted to believe in..like somehow he would have been shielded. And he said, "no....mere papa, mere uncle."

By the time we reached, eleven months after the disaster, life had returned to whatever normalcy it potentially could have, given the circumstances. Like Pravesh's mom told us when we met her later that day, "you have to work in the fields, you cannot sit idle lamenting your fate, can you?" 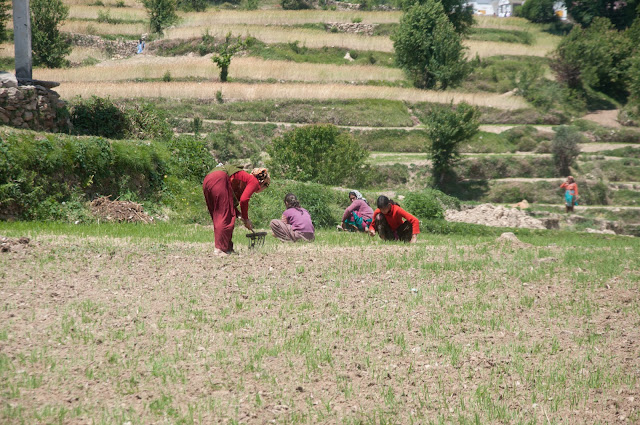 We spent the next couple of hours talking to as many people as we can, documenting the conversations on camera. All sorts of emotions came forth - grief, anger, contempt, hope...perhaps the five lakh rupee compensation provided to the family of the deceased came in for the harshest criticism "ek insaan ka keemat panch laakh rupaye hain kya?" (Is a man's value 5 lakh Rupees?) 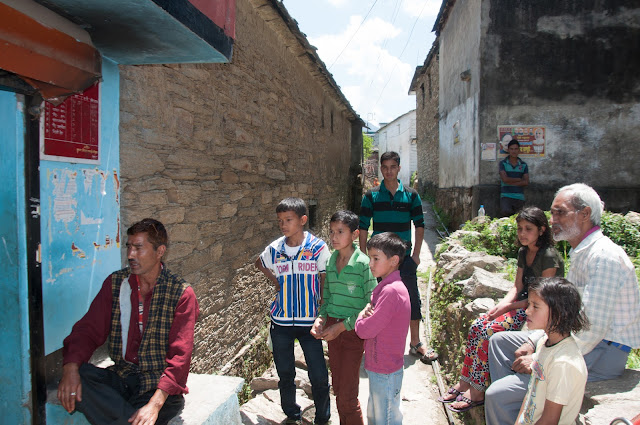 We had seen similar reactions before (and more...like "there will be a revolution if the government does not help us") but we were taking them in our stride trying hard to not get emotionally involved.

Till we reached Daadi Ma's house. Daadi Ma takes care of her two grandchildren - Rajnikanth and Lovekanth (rather strange names for Uttarakhand, I should add) - both in their early years of schooling. Unfortunate start they had in their lives, as both their parents perished in a fire that gutted their house a few years back, and all they could count on from then was their grandmother. Daadi Maa had little to count as income but she was somehow able to look after the kids, thanks to the financial support provided by her elder brother. And that brother happened to pass away in the Himalayan tragedy. His immediate family must have received some compensation. She was left, so to speak, in the lurch. In the books of the administration, she was "unaffected". Of course, we could not gather all of this when she spoke to us on camera...her age, her way of speaking, and the Garwhali language erected huge communication barriers between us. But, when the tears started tumbling down from those ancient eyelids without eyelashes, and all that was coming out of her choked throat was some guttural sounds...I could clearly gather she was saying this..."how will I be able to look after these little kids from now?"

I stopped clicking pictures; Kishan stopped asking questions; Shyam had already lowered his camera saying he cannot shoot any more. None of us had a different take on things. We wanted an exit - we were clearly adding to her angst. We promised to keep in touch and moved on. That evening, at the guest house in Guptkashi, Shyam recalled the episode and broke down - the only time I have seen him do that.  I have spoken to Daadi Maa two or three times after that - Pravesh or Rajnikanth translates for her - but I should say I get her even without the translation. We all do, don't we?

And that, my friends, is the story of Daadi Ma, among other things. My wife, Babitha, tried to capture those emotions in this oil painting. Daadi Ma's name, btw, is Sulochana Devi. 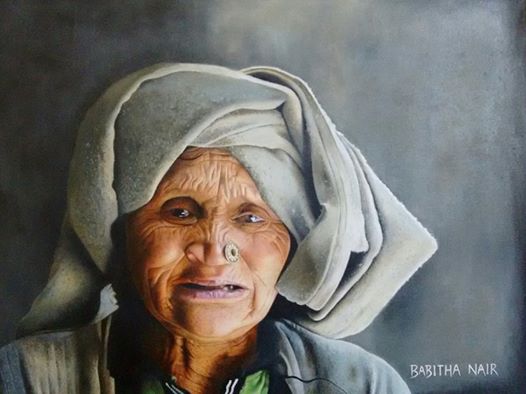 And this, is the confident and affable Rajnikanth, one of the many affected/unaffected. 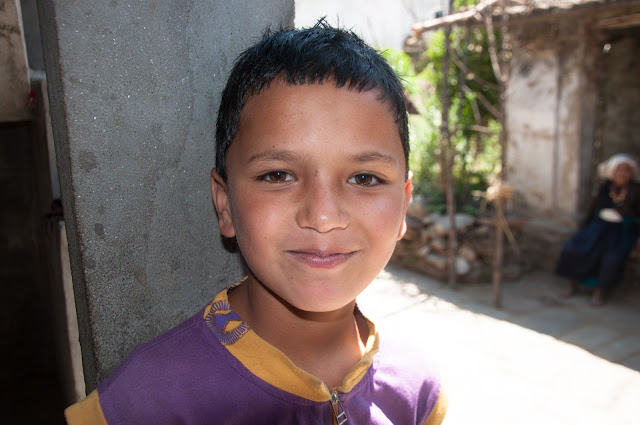